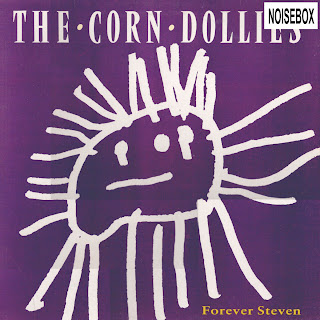 Althought their single Forever Steven reached the highest in UK chart amongst all their songs (including their debut Be Small Again), they never got the recognition they deserved. This single was released by Medium Cool, when their music used to be very jangly.

Blow-Up - Good For Me EP 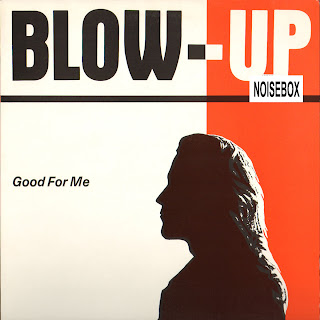 Freshly hand-picked from Atomic Records in Burbank couple of days ago, I really have no clue about this band until I saw the review from Jangle Pop Boutique. This was another Allan McGee's protege, a highly recommended music for fans of Creation and indiepop in general. 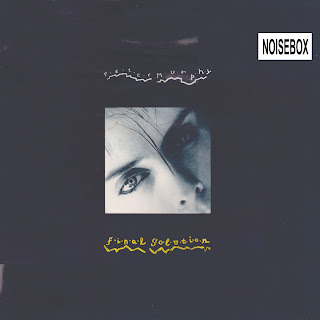 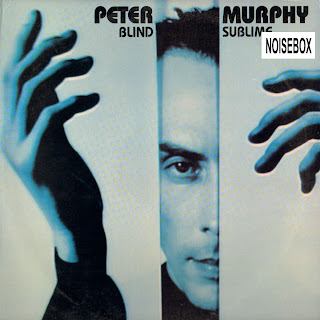 Fronted the late seventies/early eighties darkwave Bauhaus, this charismatic vocalist whose antics are often compared to David Bowie's, has been providing us with sensible gothic tunes for decades. He has been successful as a solo artist as he has with Bauhaus, a band that has been disintegrated in the mid-eighties and later reformed as Love And Rockets by guitarist Daniel Ash and bassist David J - who later joined The Jazz Butcher Conspiracy before going solo. Peter Murphy's career continued to soar until the early nineties and this two songs are so far his best, atleast in my own taste, as a solo artist. 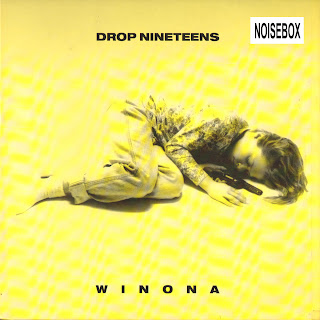 Cool tunes from one of the unknown shoegaze bands of the nineties, Drop Nineteens. They never got any airplays in any major alternative radio stations, just in low-signal college frequency modulators. Heavy distorted wall of sound guitars accompanied by catchy melodies, it reminds me so much of Moose.

Benny Profane - Where Is Pig? EP 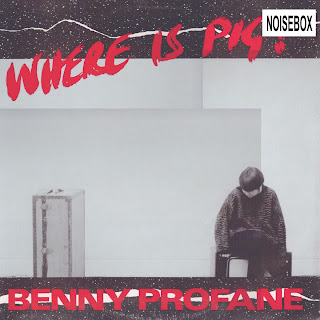 If you feel you haven't have enough of Dave Jackson and The Room after they've split up in mid-eighties, here's a band ready to quench your thirst for music. This is Dave's post-The Room project, very melodic and guitar-oriented, just like the sound of his former band. You might have difficulty finding this single but you don't have to worry. Benny Profane have released a full length CD called Trapdoor Swing / Dumb Luck Charm. This is a combination of their 2 only-released albums. So even if you're not a child of the eighties you are not missing out! 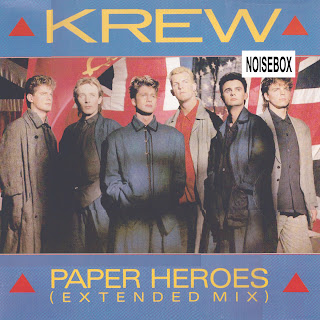 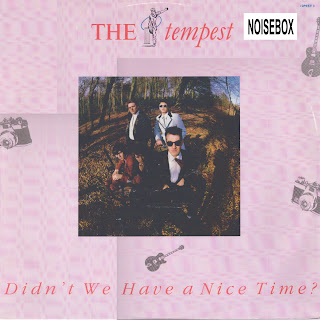 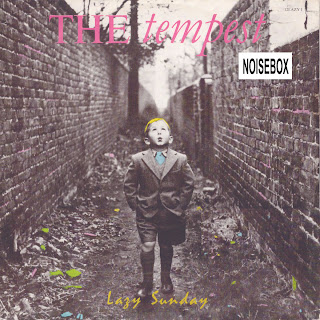 Here's another treat from Magnet Records, home label of the Bodines and other great indiepop acts. Their music sounds like its been taken from Blur's Parklife album, very britpop! 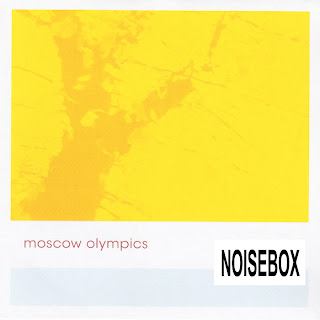 Somebody put me to rehab! Now I'm really getting addicted with 7"s. I used to ignore them at record stores because as a beat-matcher I'd rather have the extended version 12"s. I'm posting one of my favorite bands at the moment, Moscow Olympics. I've never had this so much admiration for a filipino indie since Sonnet LVIII! Mesmerizing vocal, catchy bass hooks and New Order-ish guitar, Bernard Sumner would have wished he have written this song. So all you low-fi shoegazers out there listen to this!

If you love what you've heard please support the band by purchasing their records at http://www.fractiondiscs.se/
at June 17, 2009 3 comments: 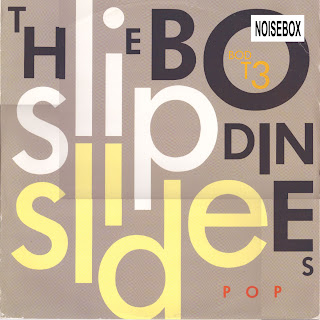 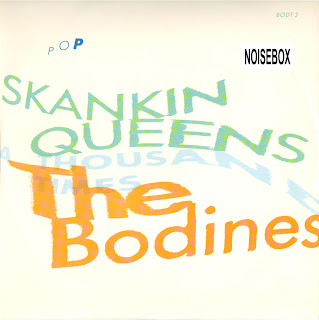 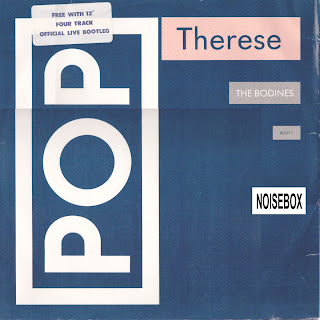 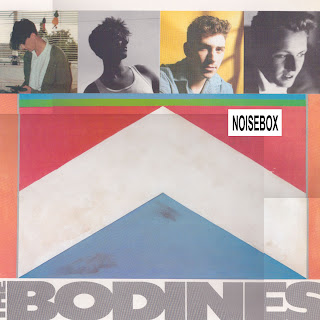 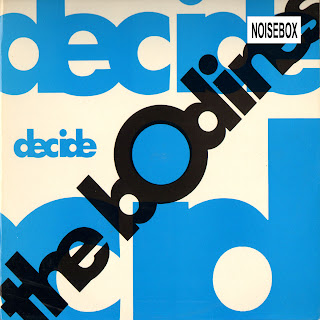 This band is another addition to Ian Broudie's resume of bands he produced. The Bodines were one of the first jangly-pop bands emerged from the C86 era. Their first single was released under Creation, while one of my all-time favorite indie pop album, Played, was released under Magnet. That particular album is so hard to find and if in case you do find it, I guarantee it won't be cheap. Even the japanese re-release is so hard to find and quite expensive too (it has several bonus tracks though). While I'm still in search of this treasure, let me share you my Bodines 12" collection for the meantime.

Everything But The Girl - When All's Well EP 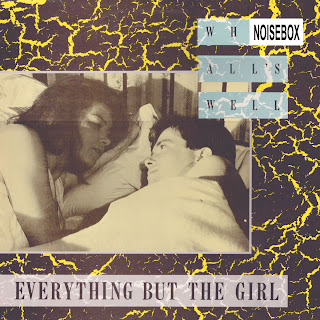 Tracy Thorn, formerly of Marine Girls, and Ben Watt, teamed up to form a band who produces one of the finest melodies of the eighties pop, Everything But The Girl. I've read somewhere in the net that their unusual name came from a store sign that says "For your bedroom needs, we have everything but the girl" and thus, a band name was born. When All's Well is a prime example of EBTG's melodic works.

This Final Frame - The Mask 7" 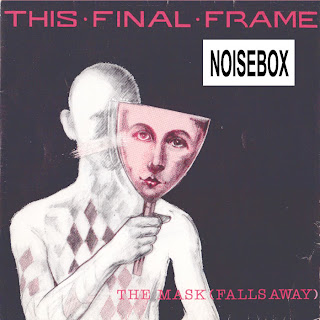 I got this record as a freebie from a british friend whom I've met online several years ago. His name is Chris Curry, who also is a friend of the band and Orchestral Manoeuvres In The Dark (his name is on the credit on the back cover of this record). This 7" came along with mixed tape of forgotten/unknown bands from the eighties which includes Hambi And The Dance, The Listening Pool (OMD side project), John Foxx and etc. This song, The Mask, is minimal at its best! Listening to this will make you wonder why bands like this never made it big.

Television Personalities - Far Away And Lost In Joy EP 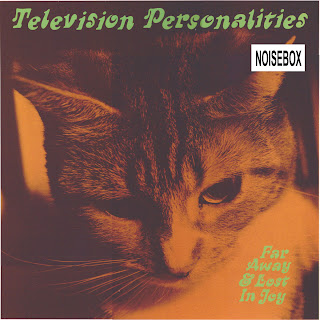 This is another Vinyl Japan's limited edition vinyl release. Jangly, melodic pop, just the way Twee music should be.
at June 13, 2009 1 comment: 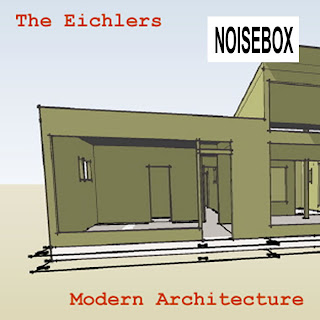 The Chesterfields - Down By The Wishing Pool EP 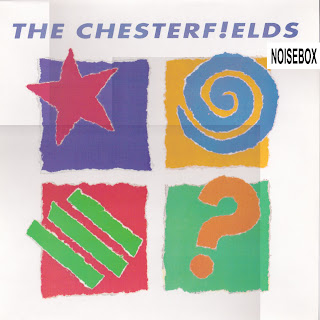 Jangly-pop fun is how I would describe The Chesterfields' music. Got this limited copy EP just before Vinyl Japan went on history. A true earcandy! 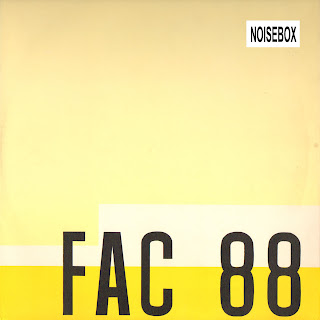 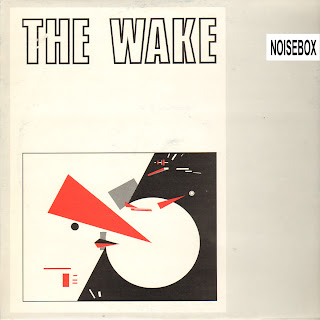 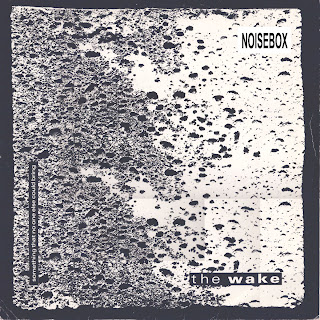 From the debris of Altered Images comes The Wake, a darkwave band emerged from the post-punk scene of the early eighties. Their music are on the same league as the Joy Division, early New Order and Lowlife. They've been with Factory Records for almost their entire career and later got signed with Sarah Records. I recommend getting all their albums. For the young generations who didn't have the pleasure to buy their records during the 80s can still get their reissues through LTM Recordings. 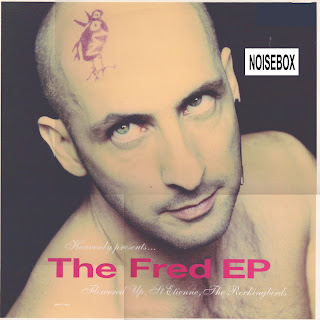 I just love Sarah Cracknell, Saint Etienne and the works that I gotta have this EP. This EP is a compilation of cover songs of Right Said Fred, a one hit wonder from the early nineties. The song "I'm Too Sexy" have put them to the music map. Saint Etienne covered that song and while the arrangement and interpretation is a little different (in a good way per se) , you could still say that it's an RSF song. Flowered Up, which claim to fame are the songs Phobia and It's On, are also in the line-up. They covered RSF's second hit single "Don't Talk Just Kiss". Its a baggy, madchester style rendition, which all their songs are known for in the first place.

Email ThisBlogThis!Share to TwitterShare to FacebookShare to Pinterest
Labels: Indiepop

Momus - The Hairstyle Of The Devil EP 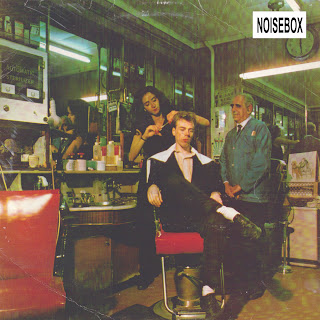 Their music has a strong resemblance to music of Pulp and Rialto. A dash of guitar, a pinch of synthesizers, garnished with the deep voice of the vocalist makes it almost perfect in every way. Highly recommended!

Even As We Speak - Blue Suburban Skies 7" 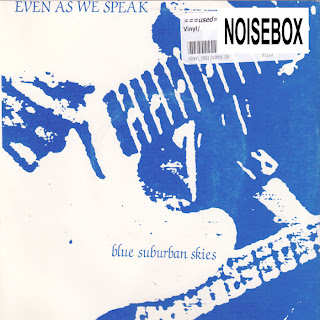 My first 7" post! I got this record during our trip to Arizona this summer to visit our friends. I know for a fact that Even As We Speak was one of major Sarah Records artist which made me not hesistate when I purchased this, even if the release is under Big Home Production. I later found out online that this was earlier (1987) than the Sarah Records releases (1990-1993), which made this more rare I assume.

The A side not only meet but exceeded my expectation! They sounded like early Wake (another Sarah outfit). The B side is the rendition of the famous New Order song Bizarre Love Triangle, what a bonus! Its done in acoustic fashion, kinda similar to Frente's.